At the end of June I went on two trips with my partner: first, to Chicago, where we saw a great Phish show, stayed with an old friend, and ate at the delicious Frontera Grill; then, to Brooklyn, where we baked in the heat, wandered the city, had some succulent pork, and had a generally fantastic time with some good friends.  On both trips I did a little "field research" and observed the cycling culture and infrastructure.  Below are some photos I took. 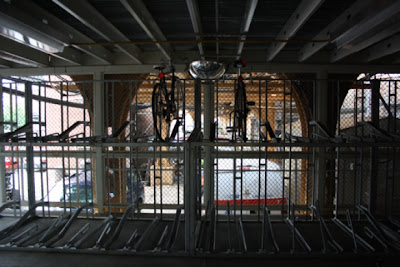 On our way up to the L I saw this nifty bike parking area. Two levels, a great way to connect cycling and public transit.  The (out of focus) picture below is the same parking area from another view. 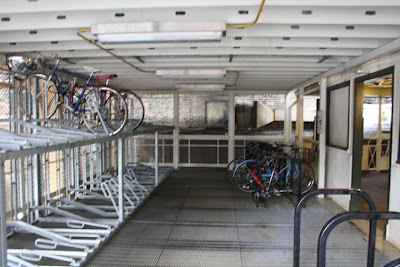 Unfortunately, that's all I have for Chicago. 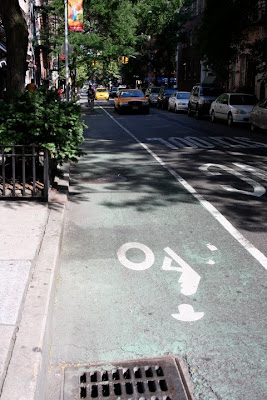 These seemed to be pretty standard bike lanes in NYC: painted white lines separating them from car traffic and green paint to indicate it as a bike lane. Definitely nice to see the green paint, much like Copenhagen's distinctive blue paint. 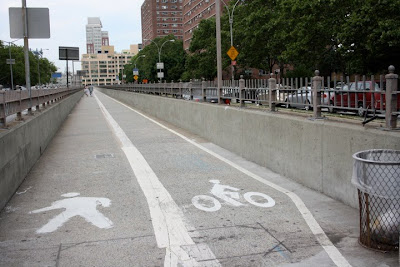 One morning we decided to walk across the Brooklyn bridge into Manhattan. On the way up to the bridge we found this pathway with separated space for pedestrians and cyclists. 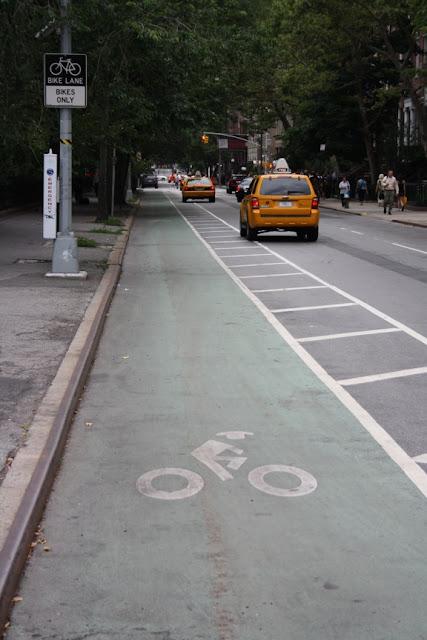 Here is another example of the green painted bike lanes, but this one has a much larger buffer painted between the bike lane and car lane.  The major design flaw, as you can see, is that it doesn't do much to prevent cars from driving across the buffer and even into the lane itself. 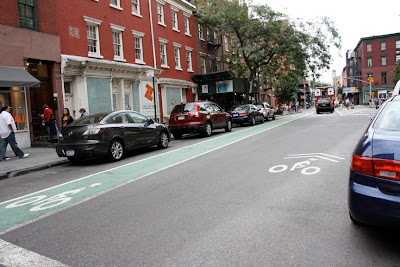 This road forks into two directions and you can see the green lane on the left and a sharrow marking on the right to direct where cyclists should ride.  Unfortunately, the bike lane has been placed between the parked cars and the rest of traffic. 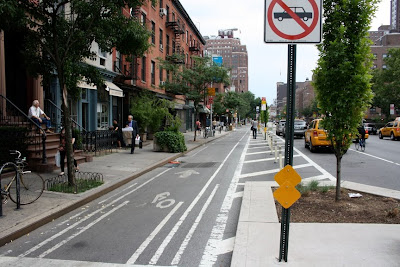 Finally! Here is a picture of a separated and dedicated bike lane.  It is totally removed and protected from the rest of the street. Perhaps it's not the most attractive separated lane I've seen, but it gets the job done. 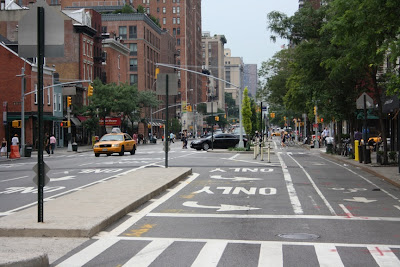 This picture shows how road designers have placed the separated bike lane and cars making a left hand turn. Presumably cyclists have the right of way on a green light. 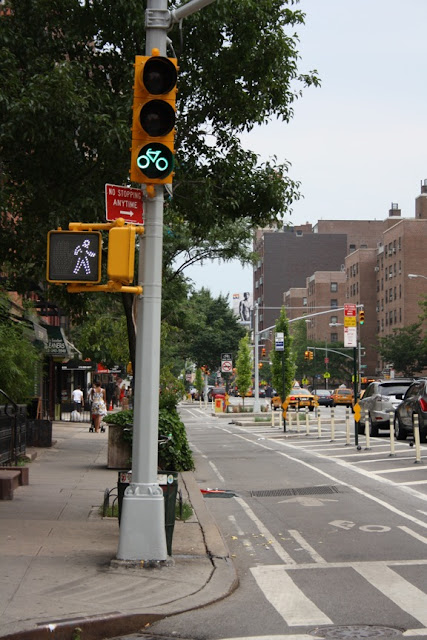 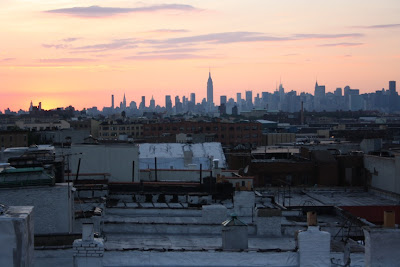 A beautiful photo taken by my partner from the roof top of our hosts' apartment in Brooklyn.


Round Up
That's it for Cycle Toronto's summer road trip.  It's always interesting to see how other cities are accommodating cyclists and improving their cycling infrastructure.  Toronto was close to getting a New York style separated bike lane on University Avenue this summer, but we all know how that ended.  If you're going be taking any road trips of your own, snap some photos of cycling and cycling infrastructure and send them in so that I can post them on the blog.