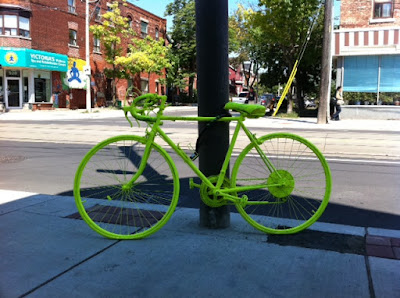 Saw this sweet second 'art bike' this morning when my partner and I were out for a morning coffee and croissant. Check out more photos inside.

The good folks over at blogthegoodbike have done it again. 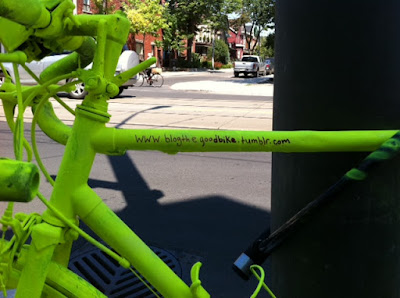 You may recall the hoopla over the first 'art bike' that caught the media's attention as well as the attention of Transportation Services at City Hall. It was supposed to be removed, but I ride by it every so often and it's still there. I won't reveal the location of the second 'art bike' though. 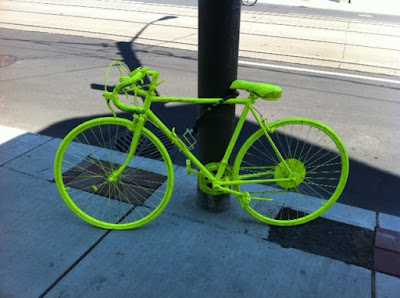 Hopefully Ford the Destroyer won't eat this one.

Ha ha! Actually, tensions have settled and apparently the City has given the good bike project 50 more bikes to use and have relaxed the City by-laws to boot.