A while ago I wrote a post on separated bike lanes, bike specific traffic lights, and BIXI bikes in Montreal. Recently, a friend of mine visited Montreal for a weekend and snapped a nice photo of a separated bike lane running along Avenue du Parc: 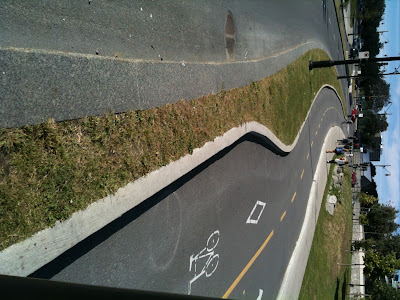 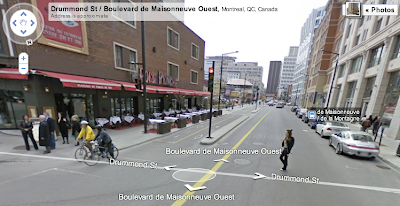 For those who may remember, the intersection of Parc and Pins used to be a total disaster with many roads converging into or passing one another.  Recently this intersection was flattened and now there is a nice bike lane that follows it along. Below is an aerial view of the way the intersection looks now with a handy blue line to indicate the bike lane. 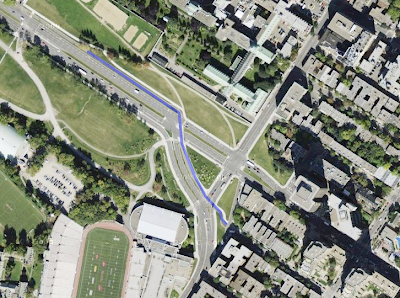 Of biking in Montreal, my friend said: "The BIXI program as well as ample and safe bike lanes makes cycling much more accessible for residents and visitors to the city." Below is a picture of the Montreal Bikeway Network: 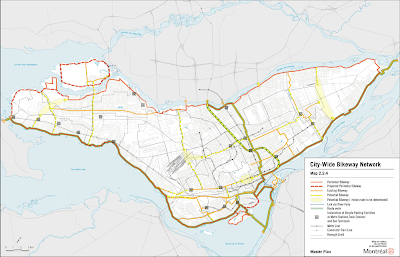 Vélo Quebec, a non-profit organization, has put together a planning and design manual focusing on pedestrians and cyclists. 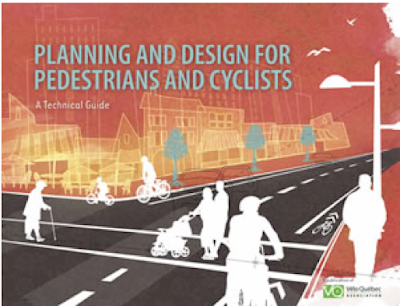 I haven't had the chance to look through it, but I may just go ahead and order a copy.

At the recent Think Bike workshop in Toronto, Dutch bicycle planners addressed a number of design possibilities for Toronto, including bi-directional and buffered bike lanes as they have in Montreal, and illustrated several streets in Toronto's downtown core, such as Simcoe and Blue Jays Way, that could easily accommodate a redesign with physically separated bike lanes.